Today, the final beam from the World Trade Center will be traveling through Illinois on a 1,700 mile trip from New York City to it’s final resting place in Fort Collins, Colorado.

Closures are expected on Interstate 80 throughout the entire state of Illinois from 7am to 11am this morning.

The 5-foot long 3,000-pound beam has passed through a plethora of places such as South Bend, Ind. where it was viewed for an hour at the at a South Bend Fire Department.

Prior, the beam passed through Strongsville, Ohio where it was given a pretty impressive reception.

The beam is being escorted by four Poudre Fire Authority firefighters who traveled to NYC after September 11th, 2001 to help with the rescue and recovery efforts. 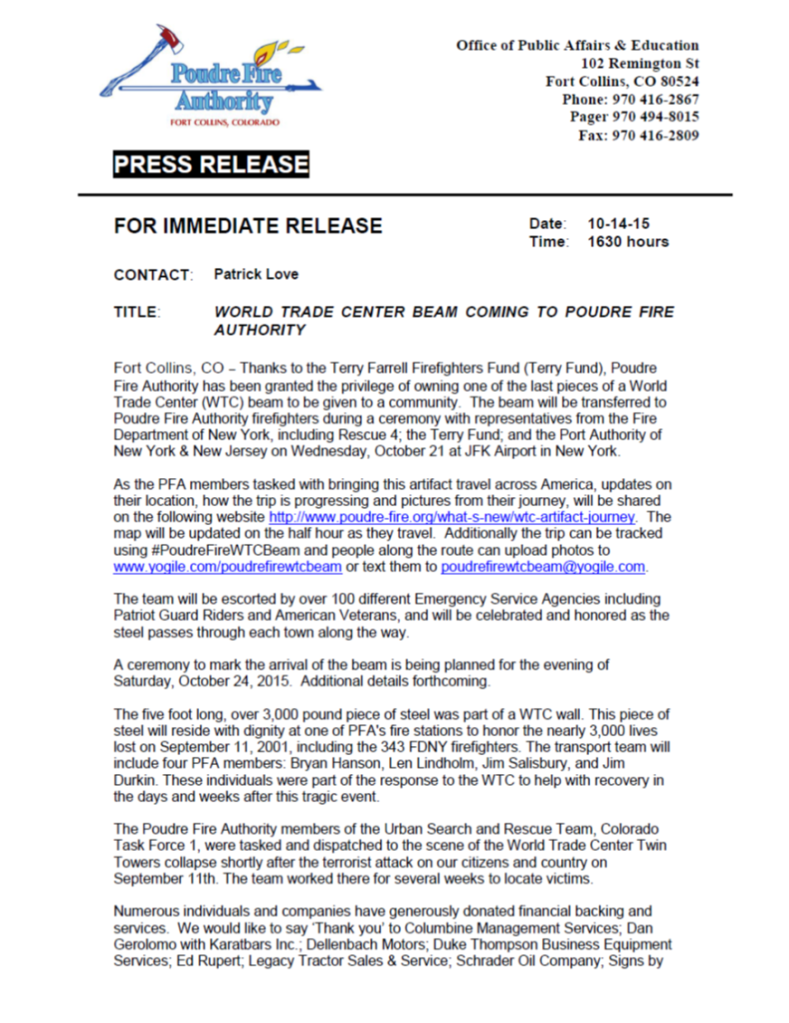